After three years, the controversy surrounding the terrorist attack on the U.S. consulate in Benghazi still lingers. Partisan leadership in the States continues to place blame for the event. Who is to blame?

In 2012, on September 11th, a group on militants stormed the U.S. consulate in Benghazi, Libya. Many have heard about this terrorist attack thanks to mainstream media but may have picked up the wrong “facts” about the event.

Now three years later, the news of the attack is still being construed and political parties debate who was at fault. At the time, Hillary Clinton was Secretary of State and President Obama was about to enter elections for his second term in the White House.

In a city of roughly 600,000 people, Benghazi was home to a protest supporting democracy which spread to the entire country and eventually started the first Libyan civil war. After political figures who were generally understood as bad people in the country were killed, their government toppled and added hope for rapid changes of good in the government.

Now, as for the actual events that took place, there is not much controversy. As previously mentioned, a group of armed militants easily gained access to the U.S. consulate. Security managed to garner personnel and move them to a nearby C.I.A. compound, an area that could be defended much easier. Ambassador Chris Stevens and diplomat Sean Smith were moved to a safe room and after the building was caught on fire, both men died of smoke inhalation. The compound then succumbed to mortar fire, killing two former navy seals serving as security officers, Glen Doherty and Tyrone Woods.

The State Department’s internal investigation found that the consulate could have been better protected from events like this. The report claims that mistakes were made in not preparing the consulate for the instability of the situation and that they could have been more responsive. But the situation does not go any deeper than that; it does not go any further up the food chain than that.

The side who seems to trust the administration finds it easy to accept the accounts from The State Department. The side that distrusts the democratic leadership tends to believe that the party was criminally negligent and successfully covered up their negligence and the mistakes they made.

The party most certainly had a vested interest in downplaying the severity of what happened; no one wants to have a terrorist attack on their record right before elections hit. And no matter which party was in control, they would have done the same thing. Other accounts that suggest Clinton called off troops that could have helped have proved over and over again to just be made up. However, downplaying an event is far from criminal negligence.

Nevertheless, even today, there will be people who believe whole-heartedly that Clinton and Obama were criminally negligent as well as people who believe that this was never more than an opportunity for Republicans to attack the Democrats. Partisan leadership has, from its conception, torn apart residents of the same country, as predicted by founding father Thomas Jefferson.

Events surrounding Benghazi have since become a talking point for both parties and a way to get those in the middle to distrust the other party. The implications of the attack are a much bigger deal for Libya. Several major companies left Libya, crushing its economy. Other militias in the area saw the event as inexcusable which, in turn, led to increased violence.

Regardless of your position or what party you represent, it is important to realize that Benghazi was not a hoax. The event was ultimately a tragedy that is part of a much larger series of tragedies that continue to separate different groups of the same species.

As Americans continue to treat the event as just a moment in time, actual Benghazi, the city, has seen ruin which may be hard to recover from. Stemming from the events, much of the city is in ruin with its future in question.  Perhaps the future holds brighter for the human race and peace is on the horizon. Or, the violence will continue to escalate to the point of no return and our eventual downfall. Let us all hope for the former. 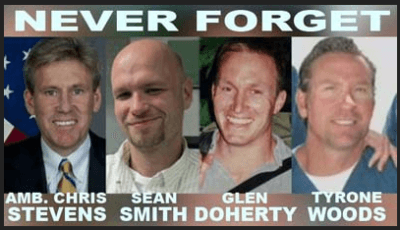 What does ‘living a healthy lifestyle’ mean to you?
byBrennen Jones

Racial lynching and slavery has been a huge red stain on the United States. A new memorial hopes to rectify it.
byAnita Gipson 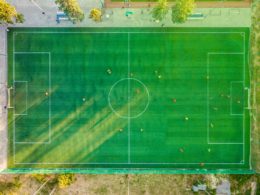