Isis has claimed responsibility for another suicide bombing. 30 people are dead and over 60 more injured in a suicide bombing at an Iraq football stadium today.

“They were just handing the trophy to the winners when the suicide attacker blew himself up in the crowd,” an Iraqi police captain told members of the press. The deadly bombing took place during a match in the small stadium in the city of Iskanderiyah, 30 miles from Baghdad.

The town’s mayor, Ahmed Shaker, was among the confirmed dead. Multiple members of his entourage were also killed in the blast.

“The mayor died in hospital as a result of the serious wounds he suffered in the blast,” says a medic who also confirmed the death toll.

Isis wasted no time releasing a statement on social media claiming responsibility for the attack and posting a picture of Saifullah al-Ansari, the man they claim carried out the bombing. 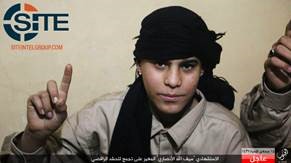 “Our knight immersed into their crowds, until he detonated his belt, turning them into scattered parts,” read the statement, according to a translation by the SITE Intelligence Group.”

The terror group has also reportedly claimed responsibility for the gruesome Brussels airport and metro bombings earlier this week. Those bombings killed 31 people and wounded 270 more.

“Most of the crowd were young people, I could see them strewn across the field, some dead, others wounded asking for help. It was just chaos,” he told the reporter.

This was not the terror groups deadliest bombing just this month in Iraq. At least 60 people were killed earlier this month when in deadly truck outside of the city of Hilla.

We are seeing more and more of these type attacks, where innocent civilians are the targets. The locations hit are called “soft targets” and have lack of major security yet huge crowds of people

Marijuana Needs to be Legalized Now!

In The Fight To Contain COVID, Trump Actually Issued A Statement Pleading For Credit: ‘Please, Just A Mention!’

Marjorie Taylor Greene Is Said To Have Followed AOC Through The Halls Of Congress, Yelling Deranged Conspiracy Theories At Her

Jordan Klepper Of The Daily Show Went To The Arizona Recount To Talk About Bamboo Ballots, Antifa Carnies, And Other Nonsense Conspiracy Theories

In Two Election Cycles, Arizona’s Governor Signs A Bill To Purge Early Voters Who Do Not Vote By Mail

As People Wait For Tucker Carlson To Reveal Whether He Received The COVID Vaccine, Sean Hannity Made It Clear That He Supports It

In The Fight To Contain COVID, Trump Actually Issued A Statement Pleading For Credit: ‘Please, Just A Mention!’

In Her Spooky ‘Won’t Sleep’ Video, Tones And I Throw A Nightmarish Party