Americans are really tripping, but what else is new. First we get on Gabby Douglas for not putting her hand over her heart during the national anthem at the Olympics. Mind you she wasn’t even doing that on purpose. She just simply didn’t think about it. We know we don’t ALWAYS do it ourselves. Now people are mad at Colin Kaepernick, quarterback for the San Francisco 49ers.  All because he refused to stand during the national anthem this past Sunday.

Colin didn’t stand to prove a point. He’s tired of the state that America is so comfortable being in. As a bi-racial male police brutality is a personal issue for him. More people from other nationalities need to take a page out of Colin’s book. Instead of bashing him like his ex team mate Alex Boone. Alex had some choice words for Colin, because his brother lost a lot of friends while in the Marines. During an interview he said “he should have some f*%cking respect for people who served”

What about showing respect for people that die for the right to be treated equally? How about not being selfish and focusing only on yourself.  We’re all at a point where we want to do something. We may not know what that something is, but for Colin it was staying seated. If a friend is taking a stand against issues that concerns them, shouldn’t you have his or her back even if it has nothing to do with you?

The NFL Superstars who Came Out of Nowhere

Too many of us had Ryan Lochte’s back after he embarrassed America by showing his ass in Rio during the Olympics. Like some child that couldn’t wait to cut up after leaving the house. We heard “he’s just a kid” and “he just left some parts out” ummmm I don’t know any 32-year-old kids, but OK. What Colin did doesn’t put shame to our country. It speaks volumes for a community that has had enough already. Why is that so damn hard to understand? 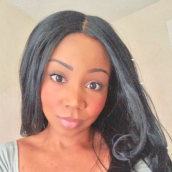 Whitney Marquise Acoff (WIT-nee MAR-kee AK-oaf) is a professional journalist and political blogger. Getting her start in fashion writing she's been a friend of Mercedes Benz Fashion Week for many years. Whitney has also interviewed celebrities such as Wendy Williams and managed celebrity social media accounts for Mike Epps, DL Hughley, Ricky Smiley, and more. Today Whitney is the Editor in Chief of her own publication The Inside Report. She also still contributes to many publications while growing her brand.

A Transgender Woman’s Take on Dealing with Employment Discrimination