White privilege is very real, so why does it take an extreme statement like "I don't tip White servers" to get White society to listen to a Black woman talk about it?

On social media, I am known for my controversial and inflammatory mode of activism. I have my own special technique for writing that I use to ensure that important societal issues, especially those regarding Black women, are heard. Let’s discuss White privilege.

I am sure that you all saw my five-word post that I made saying “I don’t tip White servers”. The post that was retrieved by a Non-Black woman and then made to go viral under the pretense that I am “racist”.

I want to acknowledge quite a few things.

The bulk of my writing criticizes the Black community for its aggression against Black women/femmes and LGBTQIA.

I started off writing very actively about White privilege.

Then I made the conscious decision to not post so much about White privilege and to post more about issues within my own community.

This is not because I deny the existence of White privilege. I acknowledge it very seriously.

This was solely because I realized that misogynoir in my own community needed more attention and that the Black community already had enough voices up against White privilege.

However; recently I felt compelled to speak up in an extreme way against White privilege.

Certain micro-aggressions that White people use against Black people were necessary for me to address.

One of those micro-aggressions that I addressed was how White people think it is appropriate to touch a Black woman’s Afro without her permission, especially considering how White society demonizes Black natural hair both professionally and socially.

The other micro-aggression I addressed, which angered many of you, was the entitlement of White people in the service industry and in general.

In my attempt to get a point across and to ultimately provoke an intense conversation, I boldly stated that I won’t tip White servers.

I am sure that you all witnessed the backlash I received. 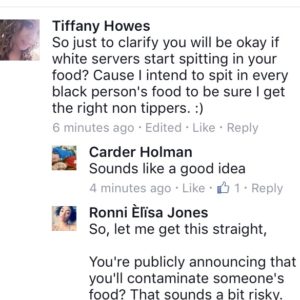 It is extremely common to hear the stereotype pushed by White society which is that Black people do not tip. They use this stereotype to make Black people appear cheap, inconsiderate, and unworthy of decent service.

My response to this was to publicly vocalize that I would indeed not tip, as a statement. All while still tipping Black servers.

The level of entitlement displayed by White people when a young Black woman exercised a tiny portion of rebellion is unbelievable. 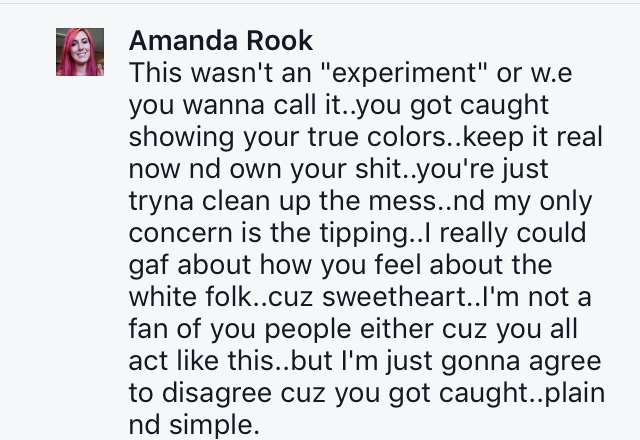 The most interesting part about this is that the general White community is not concerned with the well-being of Black lives, and they prove this daily whether it is silently or vocally.

The general White individual would not go out of their way to support a Black life.

The racist slurs that White people sent me were sickening.

They called me a nigger and told me I’m a useless slave who should go back to Africa.

All because of five simple words I expressed to illicit the reaction that would ultimately expose the typical White privilege and attitude that is prevalent.

I can’t help but find it ironic that a collective who hardly ever admits that racism exists is all of a sudden able to see “racism” when it comes from a Black woman.

I can’t be racist because I can’t oppress you for your race.

Hurt feelings are not equivalent to racism or oppression.

Please stop your “equality” lectures if they only apply when YOU feel attacked. That’s not equality. That’s silencing.

Any other day you would claim that racism is a thing of the past.

Stop your quest to prove that “Black people can be racist too”.

There was a White woman who commented on my post saying she would refuse to serve me if I came to her restaurant.
Reminded me of the segregation days.

Isn’t that interesting and an example of White privilege?

I have never in history witnessed the ability of a Black person to deny a White person service. It would result in instant termination.

But that White woman can refuse to serve me at a job that she gets paid to do just because I said something that upset her. And you will empathize with her. Because she is White.

Many of you expected an apology if you harassed me enough. You won’t get that.

What you CAN have is a conversation and a moment to reflect and hold yourself accountable.

I KNOW WHAT MY PURPOSE FOR THE POST WAS AND NOBODY CAN TAKE THAT AWAY FROM ME.

White people want to believe that my post was “racism” and that they are oppressed by Black people for being White.

False. You are not. And my post was not “racism”. My post served its purpose. It revealed the truth which is that White people come together when they feel that White people are being slighted of their privilege, but they are nowhere near as invested when Black people are victims of racism daily.

The information is right here for you to understand and learn but you still won’t take heed because all you can think about is how White people are getting slighted by one Black woman.

You can say what you want about me, but I know the purpose for my activism and my post itself.

The post was made to show how absolutely extreme it is to everyone when White people are “slighted” but yet when Black people are slighted daily, it goes without correction.

The post was to show how White people will rush to call me “racist” but they are not there to attack when Black people are victims of racism.

The post was made to show the selective outrage of White people in a racist society.

The post was to show how a single post can go viral if it is slighting White people and how White people have so much protection based on their privilege.

The post was to show how far White people will go to silence a young Black woman if she exercises a form of activism.

The post was to show how White people can not handle even a small pinch of “racism”.

Only a FEW White people understood the purpose of the post!

I didn’t “expose” myself as a “racist”. I have been hosting an activist page for a while now that has always been raw. I am different in my approach.

All White society can come up with is that I’m “racist” because your privilege stops you from having to analyze the reality of this. 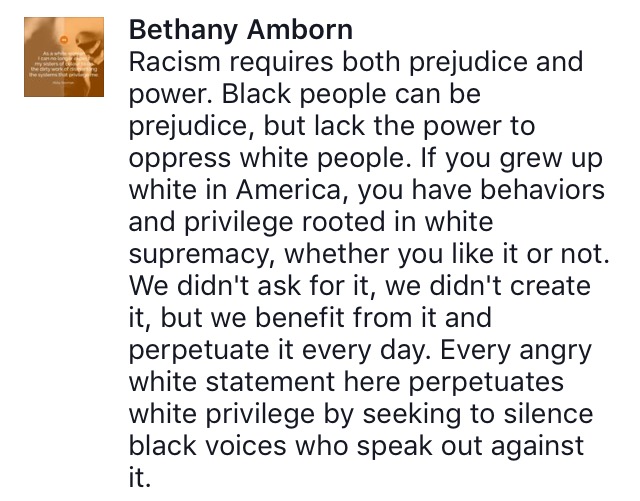 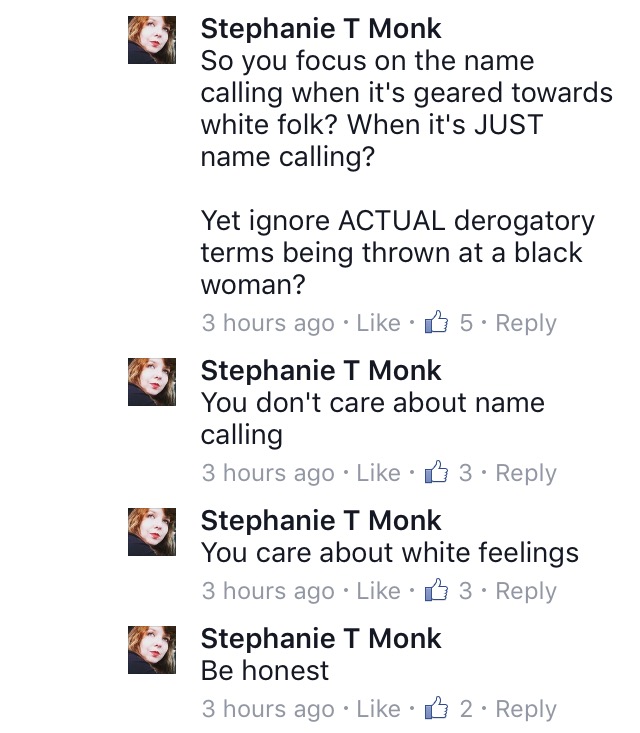 You could have taken this opportunity to self-reflect, but you failed to just like I knew you all would.

Thank you to everyone else who are deep thinkers who took the time to actually understand the context of the entire thing.

Thank you for making my post go viral because now White people everywhere can see how racism affects Black people.

The “tipping” portion of this message is so trivial. That was simply the bait to draw you in. Because although White people may not value Black lives, they will surely value where Black dollars are going, if it isn’t to them. And they will surely acknowledge when something is unfair to them.

I understand the service industry, and I understand that servers need tips to have a decent wage. However; if that is all you can address, then you have missed the point of this. 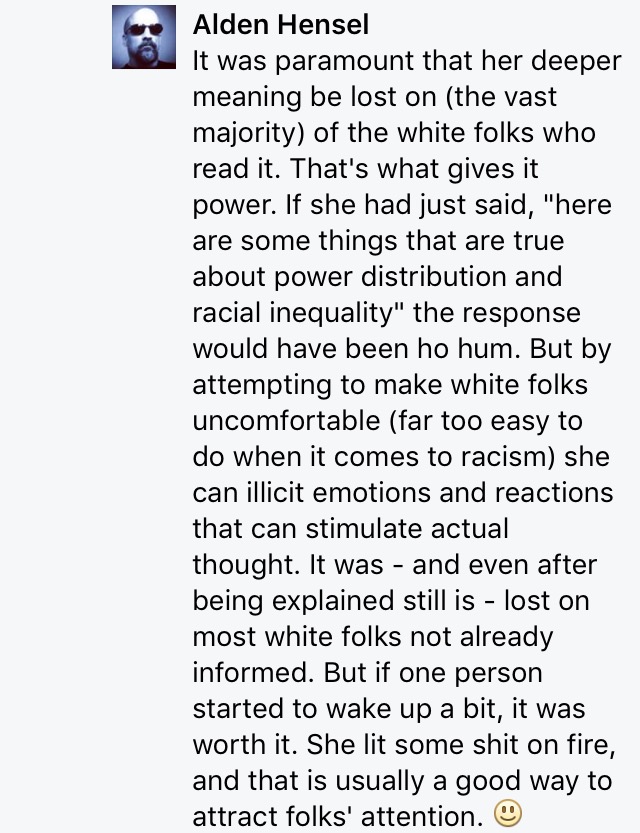 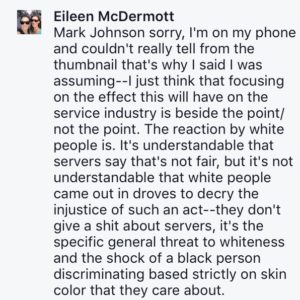 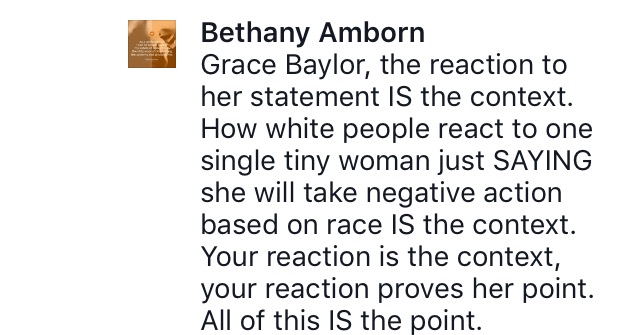 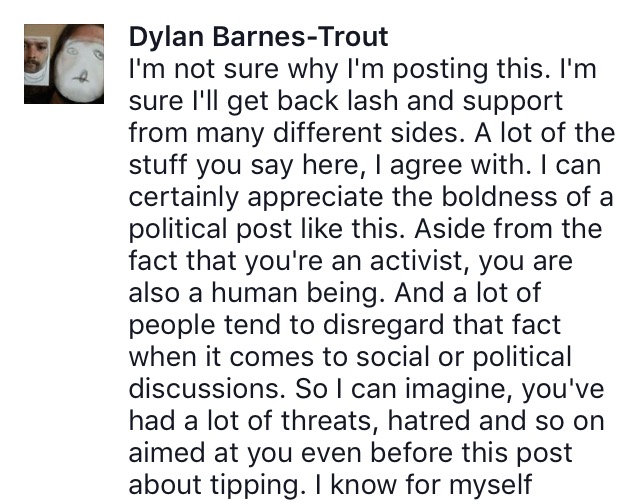 So is it that I actually don’t tip White servers or was it just a title needed to gather the audience of a collective who refuses to acknowledge “injustice” unless it is blatantly reversed? You may never know. Your only objective should be to learn from this. 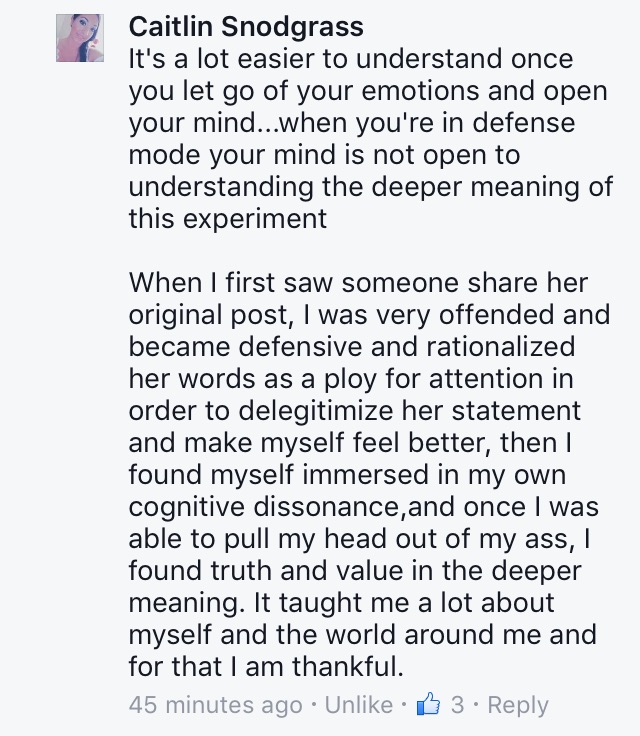 And to the White people who threatened to end my life, that’s your choice.

It would not be the first or last time that you take a Black life. 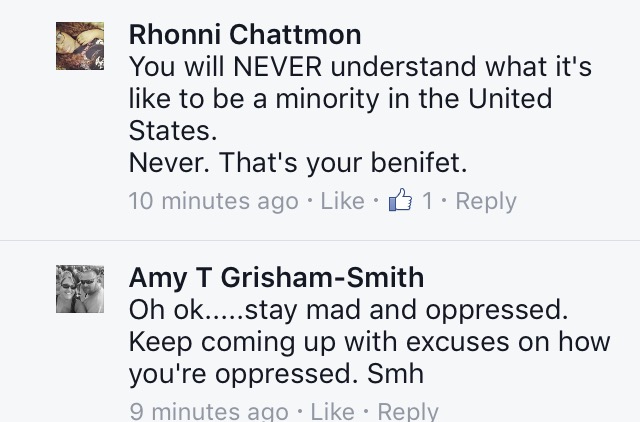 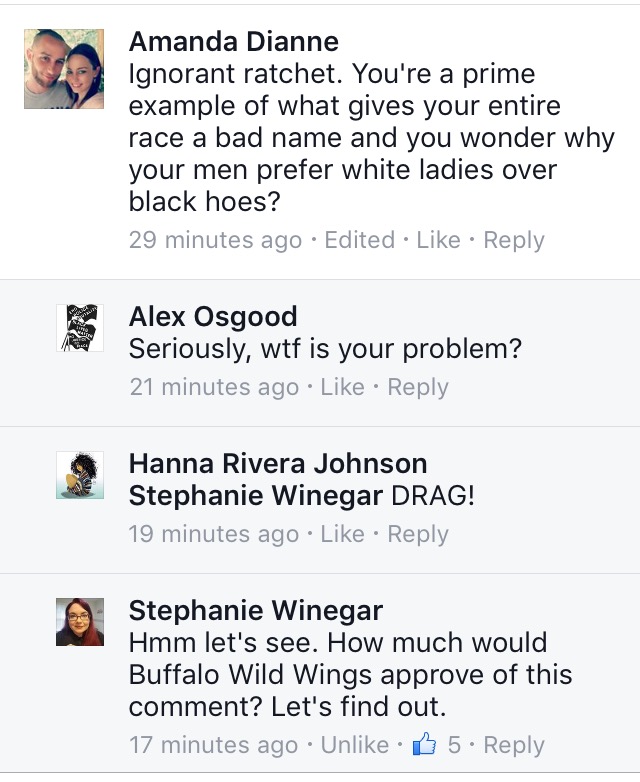 I Will Speak On.

‘We Don’t Deserve People Like You Here’: Lyft Driver Refused To Wait Additional 15 Minutes for a Woman, Who Loses Her Entire Mind and Refuses to Exit His Car

Is Advocating the Preservation of Your Own Culture Really So Wrong?