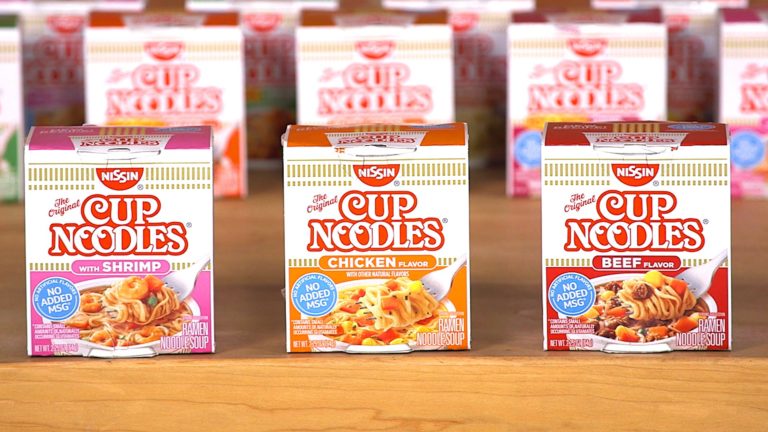 Cup Noodles Are Getting Their First Recipe Change Ever

Cup Noodles have been the official “broke college kids” meal for 45 years. For these last 45 years the inexpensiveness, and convenience have remained the same. So has the recipe.

In anticipation of their 45th birthday, Cup Noodles has decided to reinvent their selves with a fresh new formula. Nissin Foods, the Cup Noodle Creators, will be taking a more nutritional friendly angle on the recipe. You can expect to find a reduction in sodium, no added MSG, and no artificial flavors.

Nissin Foods USA president AL Multari stated in a press release that “Listening to our consumers has always been at the core of what our company, and the Cup Noodles product, in particular, was founded on.” He goes on to mention that “Most recently, we asked our consumers what changes they’d like to see in our Cup Noodles product. They told us that without sacrificing taste, the three most compelling changes we could make to our recipe were: lower sodium, no added MSG, and no artificial flavors. This is exactly what we’ve been able to accomplish. Our consumers rely on Cup Noodles as a convenient, affordable and quality meal to help keep them going – and now, they can feel even better about eating it.”

While all the marketing buzz won’t hit the States until November, the new recipe noodles are already for sale.

Are you still curious about some of the differences in nutrition? Here are a couple of notable differences we found.

Compared to the old recipe, the new recipe has ten extra calories, two extra grams of carbs and a gram less of protein. The sodium content is cut down from 1430 mg to 1070 mg. While this is an impressive improvement, it is still 45% of the daily recommended amount.

With the absence of MSG and less sodium, you may notice the soup to have more of a bland taste. You can hardly tell, though, unless you are a daily cup-noodler, or you taste them side by side.

Cup Noodles will always be a staple in the diets of on the go people and college kids. The efforts to improve will not go unnoticed by the consumers. Here’s to another 45 years of noodles!