Nordstrom is taking major heat for their new $425 fake "muddy" jeans. This is the world we live in now, where illusion is celebrated more than reality. Would you buy these jeans for $425?

As a consumer, it’s hard to be constantly preyed upon, I am thankful that I don’t aspire to be trendy. Trendy is not only costly because it means continuously updating your wardrobe, but often, being trendy is quite ridiculous.

Like most trends, they repeat themselves eventually. Nordstrom is in the news this week for the trend they’ve revived for spring 2017, or should I say for the cost of their trendy pair of jeans. 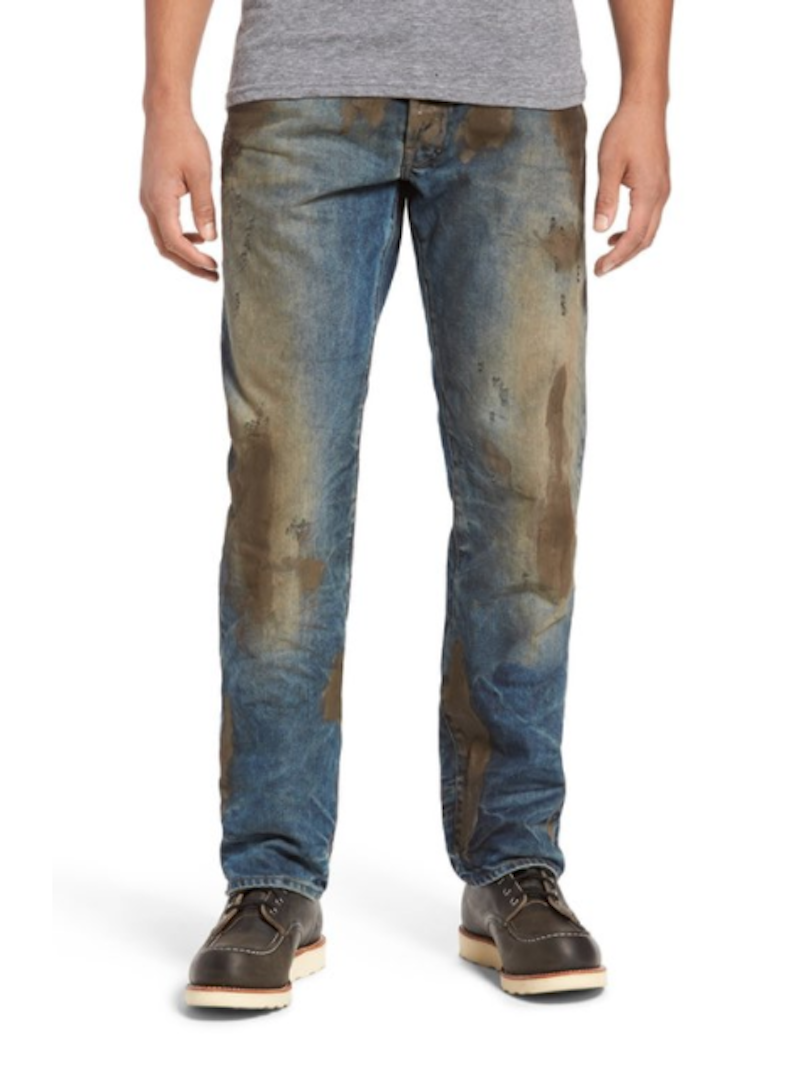 Nordstrom is selling fake “mud covered”, dirty jeans for a whopping $425 a pair. As if social media didn’t allow people to pretend enough, now for $425 a man can LOOK like he worked hard all day without lifting a finger. What has become of this world? I remember the old “dirty” jeans, I never understood them but they never looked s@it stained, just dirty.

I can’t even understand who would even want to walk around in jeans that look like this. A man who looks like this after his work day ends typically is in rush to shower and change out of his jeans.

Nordstrom describes PRPS’ the “Barracuda Straight Leg Jeans,” as jeans that “embody rugged, Americana workwear that’s seen some hard-working action.” The site goes on to boast that the jeans “shows you’re not afraid to get down and dirty.”

Mike Rowe, host of Discovery Channel’s “Dirty Jobs” called the jeans “a costume for wealthy people who see work as ironic — not iconic.”

Rowe is not the only one mocking Nordstrom’s decision. Comments have flooded the store’s website and social media accounts. The sad thing is no matter how outraged most of us with common sense are, there will be some who think these jeans are awesome and rush to get a pair.

Remember, this is the world we live in now, where illusion is celebrated more than reality.

Why Sales Training is Important for Any Business

Is Wearable Technology the Next Phase as Mobile is Dominating?

“The King of Hip-Hop”, Jay-Z, is Questioned About Rocawear Business