Access to safe and nutritious food is a fundamental human right, according to the United Nations, but the reality is much more complicated.

Access to safe and nutritious food is a fundamental human right, according to the United Nations, but the reality is much more complicated. Across the globe, food insecurity and malnutrition are rampant, often leading to reduced quality of life and lowered life expectancy. And the issue isn’t confined to undeveloped nations; food insecurity is a major social issue in the U.S. as well.

An estimated 1 in 9 Americans is at risk for food insecurity, especially in urban areas and/or food deserts. However, the supply chain itself isn’t the primary cause of food insecurity in the U.S. — rather, it’s a combination of infrastructure, accessibility, and affordability. But a number of potential solutions exist that may improve access to fresh food among low-income populations. One of the most intriguing is urban farming, which can beautify a neighborhood as well as feed its residents.

In major metropolitan areas, there’s a significant amount of factors involved in food production and distribution. For instance, more than 2.5 million tons of food are imported every day to feed the 7 million residents of the San Francisco Bay Area, and much of that food travels a considerable distance to reach those millions of hungry mouths: Between 500 and 1,000 miles on average.

That distance equates to a significant energy output, which manifests in higher prices for consumers and suppliers alike. But what would happen if more of the food in urban areas was produced locally? Data indicates that urban farming, including vertical farming startups, may help address a variety of social issues, including poverty, social isolation, and childhood hunger.

Food-based education in urban farming settings may play a key role as well, providing a therapeutic effect among underserved populations that are living in food deserts. When children understand the bodily and emotional effects of the food they consume, healthy foods can become a form of self-therapeutic intervention as well as a nutritional source. Adding farming to the equation takes food-based therapy a step further, allowing young people to cultivate a deeper respect for their natural environment.

Areas that are considered food deserts are those where residents lack easy access to healthy foods, such as grocery stores and/or farmers’ markets. In rural areas, a food desert exists when residents must travel more than 10 miles for food. And in urban settings, if there are no fresh food options within 1 mile, that area is considered a food desert. The nonprofit organization Move for Hunger estimates that more than 23 million Americans reside in food deserts.

Those living in food deserts are typically low-income households, many of which are at or below the poverty line. And research shows that poverty can both cause and result in poor overall health, making healthy food access detrimental to low-income populations. Healthy foods provide more nutrients and energy than the quick convenience foods that may be widely available in food deserts.

Urban farming may help bridge the gap, providing fresh, healthy foods to those living in poverty. A neighborhood garden, where area residents are encouraged to grow their own fresh produce, can help stretch a tight food budget. Along with additional resources such as the federally run Supplemental Nutrition Assistance Program (SNAP), also known as food stamps, and food banks, those living in poverty may be able to improve their health and avoid malnutrition.

The Connection Between Food Security and Mental Health

Those living in poverty experience a variety of health problems, and a lack of adequate medical insurance may exacerbate those issues. Mental health is a big part of the equation as well: Living in poverty is directly linked to a variety of adverse health conditions and developmental disorders, among children and adults alike.

Children are especially susceptible to the effects of poverty and malnutrition. Studies suggest that 1 in 10 children have a mental health issue, such as depression. And among low-income populations, mental health disorders are likely to follow an individual into adulthood. Thus, ensuring healthy development among young people tops the list of the nation’s greatest social work challenges. Within the field of social work, nutrition and education are paramount to helping curb developmental issues.

Therein lies the power of urban farming — by educating young people about the value of planting vegetables, improving soil quality, and maintaining urban farm plots in a hands-on manner, young people in food deserts are given a distinct advantage. Those young farmers will also learn and be able to share their views on the importance of widespread sustainability, in both urban and rural communities.

What’s more, agriculture in urban environments has the potential to provide therapeutic healing to those in need, as well as learning opportunities for the children involved. For those living at or below the poverty line, a difficult life can become a little bit easier following a bountiful harvest.

How to get a birth certificate copy in California

Always being prepared with your legal documents is essential to living a worry-free life.
byTUT Staff 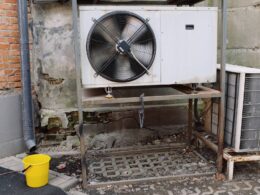 HVAC systems are supposed to keep your rooms at the appropriate temperature (whether hot or cold), ensure that the indoor air quality is high, and that humidity is minimal.
byTUT Staff

Q&A with Carrie Daigle Bach of New Orleans’ ‘The District’

The District is truly the hub of the NOLA Entertainment environment!
byChristina Jeter

Get Your Free Burrito From Chipotle!

Want a free Chipotle Burrito?  Well you now have your chance to get one courtesy of NBC. NBC…
byBrennen Jones